Between the the historic town of Rapperswil and Pfäffikon, Insel Ufnau resides on turquoise waters and has a 360 degree view to the Lake’s busy coasts.

The monks live and attend the island all year round, growing vegetables and wine.

Although swimming is not permitted, the island is full of paths for exploring and playing.

Insel Ufnau is naturally disconnected from daily life, but it is just a short boat ride away.  The island is accessible by taxi boat from Pfäffikon (7 CHF for adults & free for children up to 7 years old), making the journey there half the fun when visiting with the little ones.  The taxi boat schedule is available and bookings can be made here.  The island can be reached by more destinations around the lake and from Zurich through public transport.  Boat schedules and prices are available here. 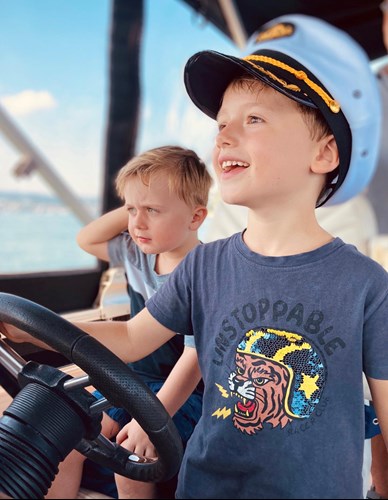 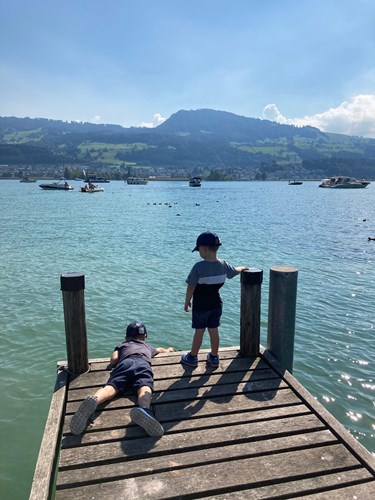 A traditional restaurant that caters to young and old alike will not disappoint hungry travelers or those interested in having a family gathering under the shade of large trees resisting the test of time.  The restaurant is called Haus zu den zwei Raben, and specializes in fresh Fischchnusperli as well as other culinary delicacies. 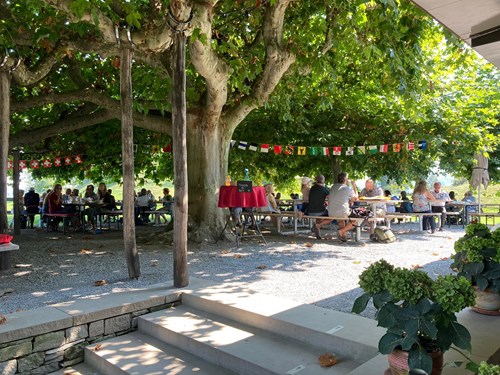 There is a long history that has made this island a nature reserve and property of the Ensideln Monastery since 965.  For more information about the history of Insel Ufnau start  here .

There is time until October to visit Insel Ufnau, although the Schifftaxi is making routes until end of September, when weather permits.  Groups can also book the taxi privately and arrange special pick-up and drop-off times.  Afternoon and evening transfers can also be arranged privately.

Insel Ufnau is wonderful excursion destination between Spring and Autumn where families can enjoy the outdoors, combine a healthy meal and strolls among vineyards and winding paths.  Paddle boats can also arrive at Insel Ufnau, but make sure that all upon arrival one must be fully dressed at all times! 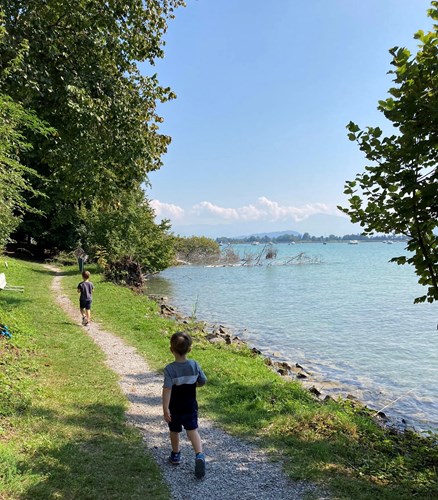 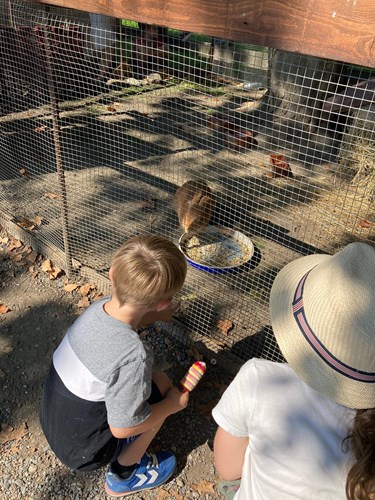 All photo credits belong to Stephanie Dürler who visited Insel Ufnau with her husband and 2 boys.  Stephanie is regularly exploring the Swiss country side along with her two boys who enjoy being outside all year round.

Some info about the author

Maria grew up traveling extensively around the world, with a significant part of her childhood spent in Dubai during the late 80’s.   She continues to travel as often as possible around the globe, with her family.  She moved to Switzerland 7 years ago, shifting from a 10-year career in banking in Athens to a full-time mom of 3 children.

After the birth of her 1st child, she realized that various needs of parents traveling in Switzerland and many countries that she visited were not fully covered by the existing internet platforms.  Focusing in particular on the need for families looking for things to do with small children while having fun, Maria took an entrepreneurial turn and partnered up with a talented team of developers to design Momizen.com, a technologically advanced web application for finding fun and educational things to do with kids on-the-go.

In her free time, she reads (mainly at-loud to an audience of 3), practices yoga, loves movies, sailing, surfing, skiing and most often can be seen cycling around her neighbourhood with her children in Canton Schwyz.  Maria holds a degree in Psychology and a Master’s in Business Administration from the University of Kent, in Canterbury.  She is also a certified yoga teacher for adults and kids!

She can be reached by email at maria@momizen.com.

Liked this article? Sign up here to hear more from us

Plus new ideas for educational & fun experiences with kids

Get listed on Momizen!